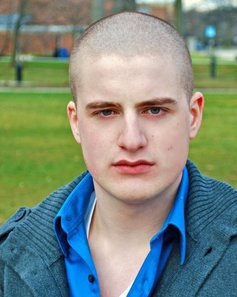 Joshua Schnetzer is the resident choreographer, Chairperson and a founding member of Bullet Theatre Collaborative. His choreography has been featured in BTC’s Perry Award winning Razia’s Shadow (Best Original Musical), Assassins, and Parade. Regionally, Joshua has choreographed for Paper Mill Playhouse’s New Voices Concert: Oh, What A Night & Hooray for Hollywood. He went on to assist Broadway choreographer, Wendy Syeb, on the world premier musical Mosses Man, which premiered in NYC as part of NYMF. As a director, Joshua has created a movement inspired retelling of Hans Christian Andersen’s The Little Mermaid and the devised work, Water Does.  He serves as the Dance Director of the award-winning ﻿Paper Mill Playhouse Broadway Show Choir and is a teaching artist for Paper Mill Playhouse’s Theatre School/Conservatory, Elefante Preforming Arts School, Oak Knoll School, and Dancer’s Pointe. Joshua graduated summa cum laude from Kean University holding a B.A. in Theatre with a minor in Dance. 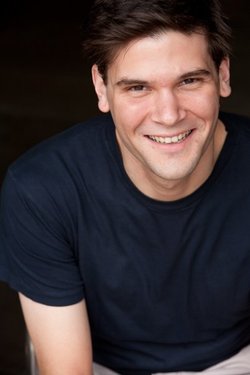 Dustin Ballard is an actor, writer, director, and teaching artist originally from Gulfport, Mississippi. He was the 2009 Region II Winner and National Finalist of the Irene Ryan Acting Scholarship and holds a BFA in Theatre Performance from Kean University's Department of Theatre. As as actor, Dustin has performed at Lincoln Center, as well as with Two River Theatre, Premiere Stages, and Playwrights Theatre of NJ. He is also a Teaching Artist for the George Street Playhouse as well as McCarter Theatre Center. 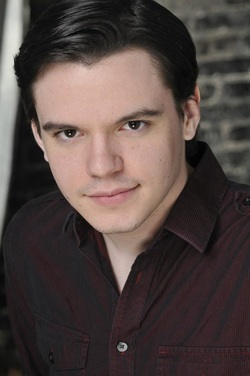 As an actor, Jason has worked with companies such as The Theatre Project (Mrs. Mannerly, Buyer and Cellar), UCPAC (RENT), Alliance Repertory Theatre Company (According to Goldman, Dream of the Burning Boy), and he appeared in the Bullet Theatre production of Assassins. His other theatrical pursuits include directing (Polaroid Stories) and dialect coaching (Assassins, Parade, Sweeney Todd). Jason received his BFA in Theatre Performance from Kean University in 2012, and he is also a certified group fitness instructor specializing in Zumba and dance fitness. 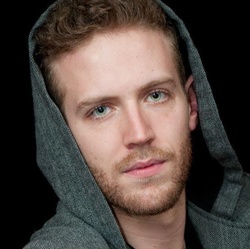 David Seamon is a singer, actor, pianist, composer, and Teaching Artist from New Brunswick, NJ. After graduating Rutgers University with a degree in Journalism and Media Studies and Spanish, David worked as a freelance journalist for CNN, Patch, and Gannette newspapers. He produced media across several platforms for a documentary, "The 9/11 Project," in 2011. In 2013, David's score to the award winning short film "Melody" was awarded the Silver Tripod award at Campus Moviefest. Later that year, he was hired as a Teaching Artist by the George Street Playhouse where he continues to write plays and music today. A lifelong actor and musician, David has starred in, directed, or musically directed numerous shows at both the amateur and professional levels. As the director of marketing for BTC, David utilizes a skill set that includes his knowledge and love of theatre and his journalistic sensibilities to promote and develop the company as a voice at the forefront of theatre in New Jersey.